What you will find here: 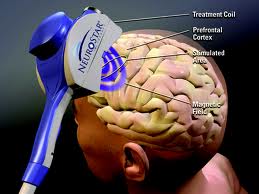 · What is magnetic therapy and what is its history?

· What types of magnets are used?

· What are the scientific findings and unproven uses?

· What are the possible dangers of magnetic therapy?

“Magnetic therapy is a safe, non-invasive method of applying magnetic fields to the body for therapeutic purposes.” (http://www.healiohealth.com/tek9.asp?pg=products&grp=82 ). In other words, magnetic therapy is the use of specific magnets to encourage the parts of the body that are injured to heal faster by increasing the magnetic fields around them. Supporters believe that the blood is magnetic and that these magnets will attract healthier blood to the problem. Also, it is thought that magnets would improve other areas of your life by allowing you to sleep better and have all of these benefits without any unfavorable side effects.


Ancient civilizations were known to have used magnets to treat illnesses. Hippocrates, a fourth century Greek physician, recorded that magnets were used in his day; as well as, Ancient Egyptian priests. There were some, like 15th century Swiss physician and chemist Paracelsus, which believed that magnets “attracted diseases out of the body.” Even in today’s medicine, magnets are used in magnetic resonance imaging (MRI) and other medical procedures. (http://www.intelihealth.com/IH/ihtIH?d=dmtContent&c=358833&p=~br,IHW|~st,8513|~r,WSIHW000|~b,*).


Magnets of all shapes and sizes are used in magnetic therapy. In ancient times, the magnets that were used were so large that they were hard to maneuver. However, today’s magnets are smaller and stronger and can be put anywhere on the body. (http://www.healiohealth.com/tek9.asp?pg=products&grp=82). There are two main types of magnets used to treat pain, static magnets and electromagnets. Static magnets are usually made from iron, steel, rare-earth elements or alloys. Usually, the magnets are put directly on the skin or inside clothes. Static magnets can be unipolar or bipolar. Unipolar static magnets have only one pole facing or touching the skin, whereas, bipolar magnets have both poles facing or touching the skin. Electromagnets are used in clinical trials and experiments because the FDA has not approved them for public use. The trials that are being done are trying to see if electromagnets can be used in the healing of fractures that are taking a long time to heal. Also, they are being studied for how they alleviate pain in conditions such as osteoarthritis, chronic pelvic pain, and migraine headaches. (http://nccam.nih.gov/health/magnet/magnet.htm#electromag).


The magnetic therapy business is so large that over 120 million people all around the world are using some type of magnetic therapy product. (http://www.healiohealth.com/tek9.asp?pg=products&grp=82). Magnets can be worn in many different styles. The most popular styles are forms of jewelry, like bracelets, watches, necklaces, anklets, and rings.

Magnet therapy has been studied by many as an effective treatment for pain, but not a great length. There are supporters on both sides with facts that make their claims valid and here are those arguments:


There was a study done by the Department of Family and Community Medicine at Baylor College of Medicine in Texas. Their objective was to conclude whether or not chronic pain that was commonly reported by post-polio patients could be calmed by applying magnetic fields directly over the point where they feel pain. Researchers designed this study to be a double-blind randomized clinical trial in the post-polio clinic of a rehabilitation hospital. The 50 subjects that were chosen were ones that had been diagnosed with post-polio syndrome and reported having symptoms similar to those with muscular or arthritic pain. The treatment that was chosen by the researchers was the application of an active or placebo magnetic device of 300 to 500 Gauss for a 45 minute time period. Using the McGill Pain Questionnaire, they found that those that had been wearing the active magnetic devices reported a lower level of pain when compared to those wearing the placebo devices. Of the patients that wore the active device, 76% reported a decrease greater than the average placebo effect. When compared to the placebo device group, who reported an average of 19%, this is a significant difference. The overall conclusion that the researchers came to was that patients received a significant reduction in the level of pain reported after they were treated with the static magnets for this short period of time. (http://www.ncbi.nlm.nih.gov/entrez/query.fcgi?cmd=Retrieve&db=PubMed&list_uids=9365349&query_hl=17).


From February 1998 to May 1999, a study was conducted in an ambulatory care physical medicine and rehabilitation clinic at a Veterans Affairs Hospital. Researchers determined that they wanted to study the effect of magnet therapy on chronic low back pain. Back pain is one of the most debilitating physical ailments in this country, and one of the hardest to treat. Twenty patients were selected, nineteen men and 1 woman, who had reported having stable low back pain for a mean of 19 years in length. None of them had previously received treatment with magnets and the McGill Pain Questionnaire was used to measure the level of pain that each patient was at current. This pilot study could be classified as a randomized, double-blind, placebo-controlled, crossover study. Each patient received treatment with real and placebo bipolar permanent magnets. Each magnet was worn for 6 hours-a-day, 3-days-a-week for 1 week. This pattern was repeated for 2 weeks with a break week in between. The researchers found that treatment with the magnet had no effect on the small group with pain. (http://jama.ama-assn.org/cgi/content/full/283/10/1322).


Here is a list of the unproven, or not studied, uses of magnet therapy.


Many people discuss the successes or failures that occur with magnetic therapy but they tend not to mention whether or not the use of magnets could be detrimental to one’s health. There are not many dangers, however if you have any one of the following issues, magnet therapy is not for you.

1) The use of certain medical devices, such as, pacemakers, defibrillators, insulin pumps, or liver infusion pumps because they could have an impact on how the device works.

2) And, if you are pregnant or have myasthenia gravis or bleeding disorders.


All in all, the use of magnet therapy comes down to the individual. Scientifically, there are not enough findings on either side to make one answer correct and negate the other. If a person believes that magnet therapy will work for them, more than likely it will because they believe that something they are doing will make them better. Personally, I believe that the use of magnet therapy has more of a placebo effect than an actual medical one. The mind is a powerful thing. If one can convince him or herself that something is true or that it will work, they will get better. 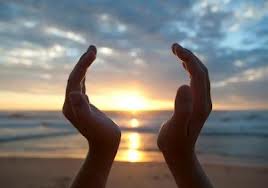